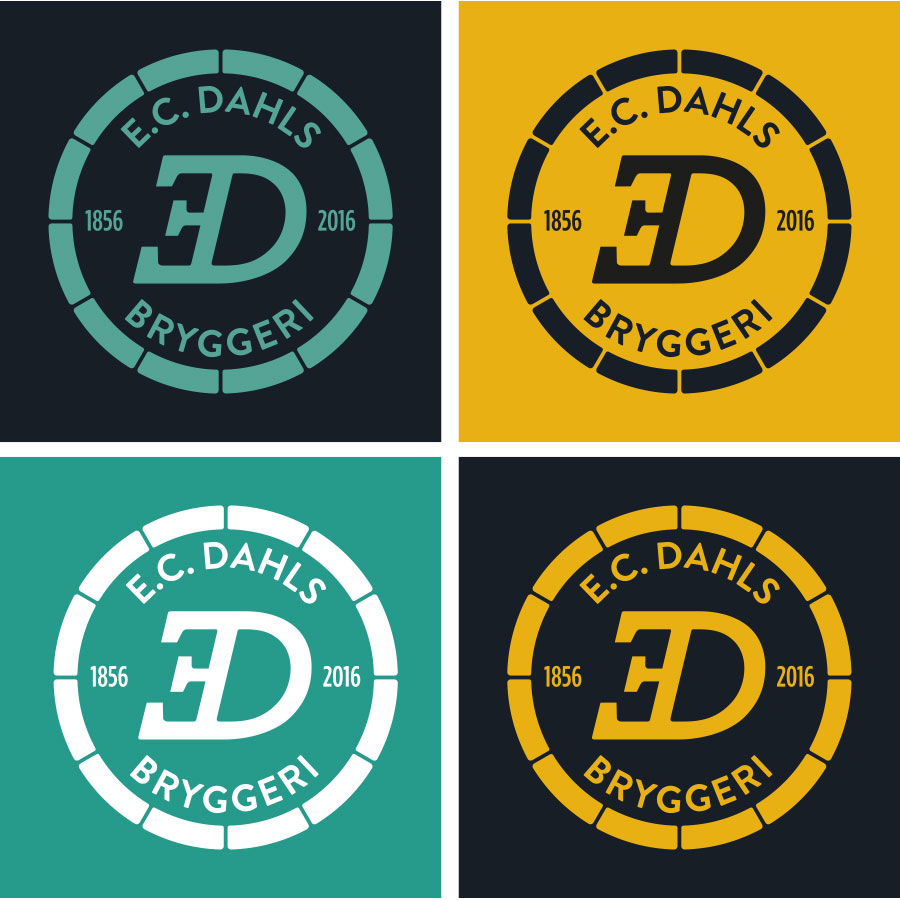 En spurv på en snor / Bird on the Wire. the book has arrived.

WORK | Roar Øhlander has worked as a photographer in Trondheim since 1969. He has worked with many genres, from portrait to architecture photography, including images from his daily life and personal events. I have designed a large photo book where selection of his images is collected. The book was launched in conjunction with an exhibition in Trondheim Kunstforening. See more from the book En spurv på en snor / Bird on the Wire. 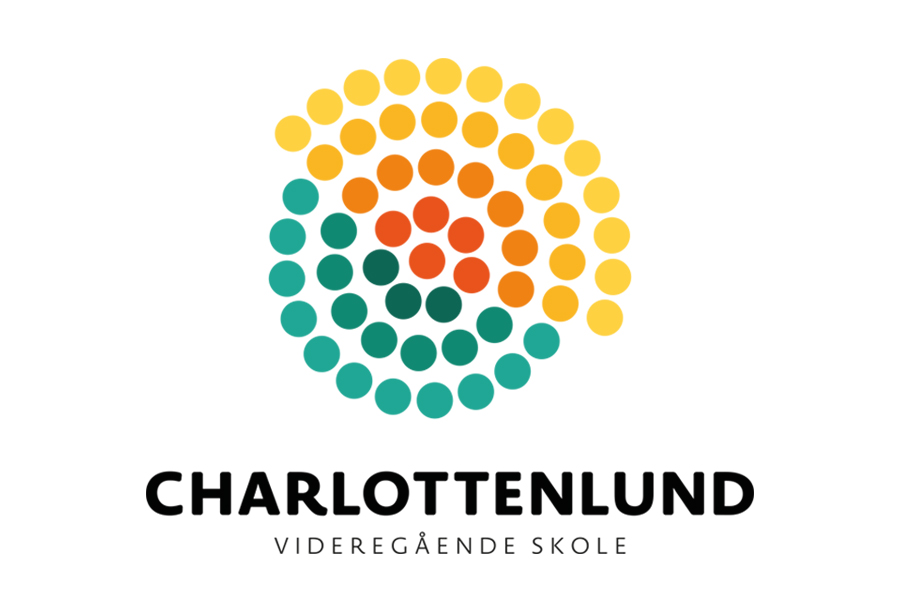 WORK | Working with the visual identity for Charlottenlund videregående skole (Charlottenlund upper secondary school) has been an interesting prosess. I have worked closely with the customer with workshop, meetings and discussions before we found the final solution. The identity is based on the values vibrant, engaged and solid and the motto growing talents. The logo symbol is therefore designed to show growth, direction and diversity through expressions and colors. See more from the visual identity. 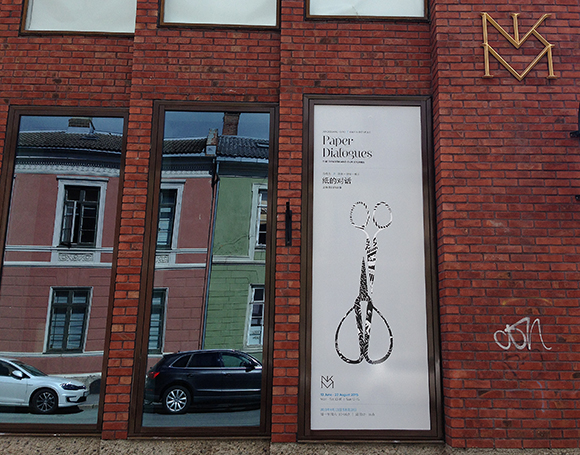 WORK | The Paper Dialogues exhibition has now reached its final destination; Nordenfjeldske Kunstindustrimuseum in Trondheim 13 June  –  23 August. The exhibition is a collaboration between Xiaoguang Qiao from China and Karen Bit Vejle from Scandinavia. The amazing paperclips has been shown in Beijing, Shanghai, Oslo and is now in Trondheim. Take a look at the catalogue and the visual identity.

«bird on the wire». working with a new and exciting book.

WORK | Roar Øhlander is an experienced photographer from Trondheim. He has for a long time fiddled with the idea of making an exhibition of the best he has in his archives and simultaneously create a book of the same material. He will focus on personal imagery and a short biographical text. The project group for the book consists of photographer Kim Nygård and journalist Åge Winge, both from Adresseavisen, Roar and myself. Book release and exhibition at Trondheim Kunstforening, Trondheim October 3. 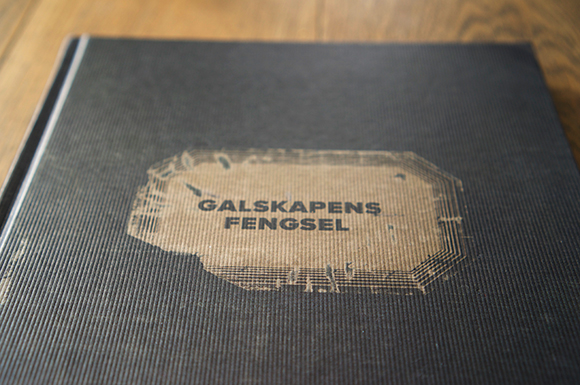 WORK | In connection with the exhibition Galskapens fengsel at The Norwegian National Museum of Justice, I have designed the catalogue. The exhibition’s main theme is the dangerous lunatics as a social problem through the ages. How have we seen the insanity and mental incapacity, and what has been done to solve this problem? What are the current challenges in security psychiatry? I was inspired by one of the first protocols used at The Criminal Asylum when I designed the cover for the catalogue. The use of creamy white paper together with black and white images gives the catalogue the “old” feeling. See more from the catalogue.

behind the scenes. a new cookbook for lars lian is being planned 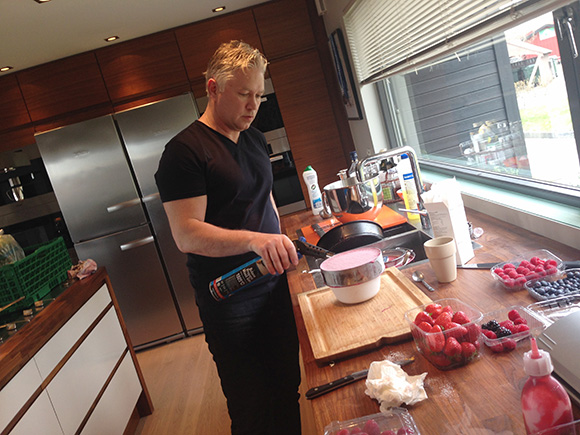 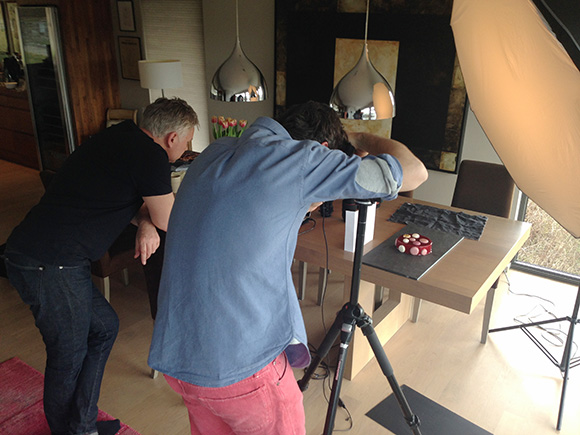 WORK | A new and exciting book project is is under development. I am designing a cookbook for Lars Lian who will publish his favorite cakes and dessert recipes. Lars is a well known pastry chef in Norway with many years experience as a TV chef, food writer and author of several cookbooks. All photos by Stian Broch. Stian is a commercial photographer from Norway. His main area is food-photography. stianbroch.com 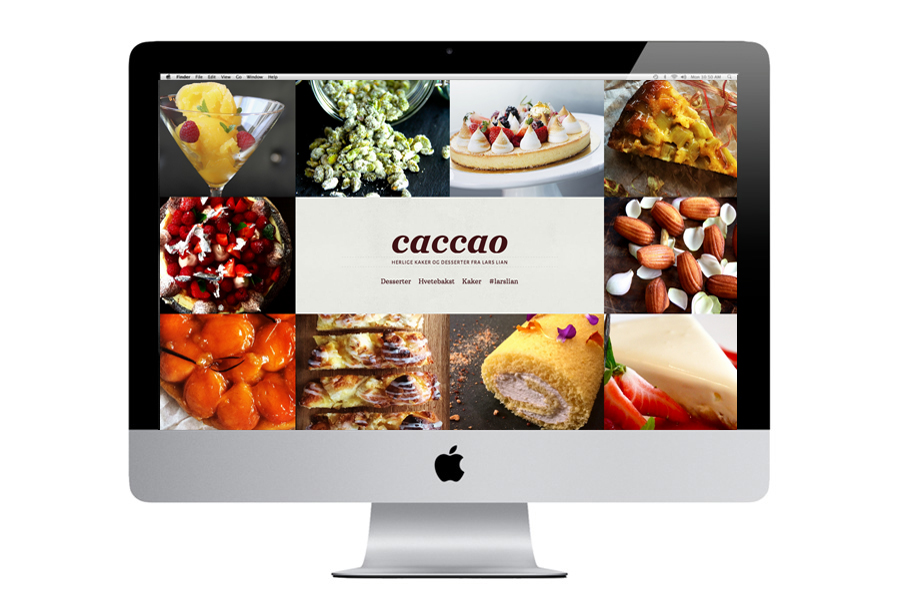 WORK | caccao is a Web page that contains Lars Lians own desserts and cake recipes. Lars Lian is a well known pastry chef in Norway with many years experience as a TV chef, food writer and author of several cookbooks. The work is a collaboration with Eirik Backer. The logo was developed to provide a tasteful and delicious expression. caccao.no 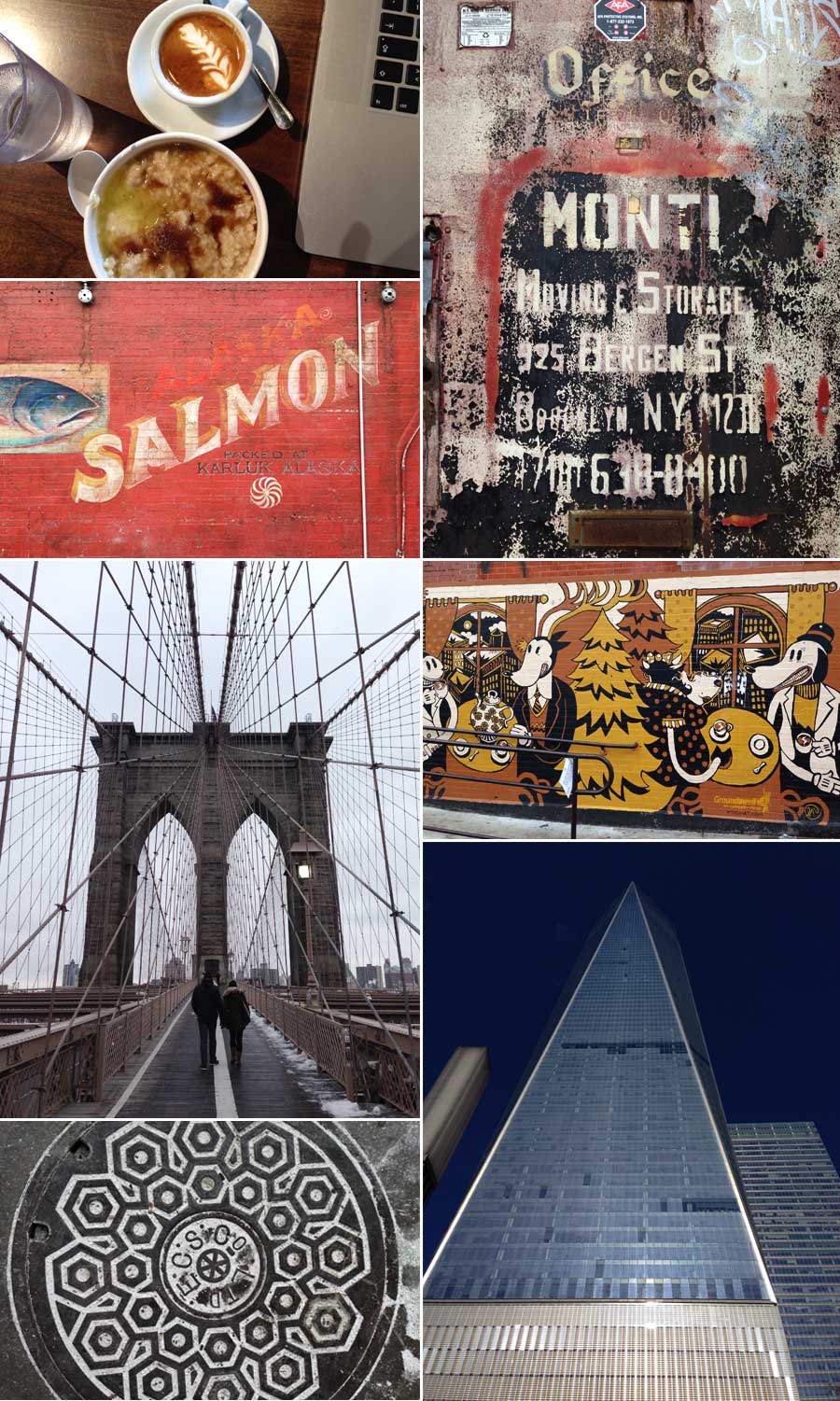 WORK | A new client including two days workshop, resulted that I had to go to Brooklyn, New York. In familiar style I extended the trip with a week where I worked in different places, letting me be inspired by The Big City; wall illustrations, typography, galleries, shops, manholes, people, coffee, food, architecture and everything else New York has to offer.

It was freezing cold, but the coffee and the porridge was warm and delicious.

Visual identity for Bror, a new restaurant in trondheim 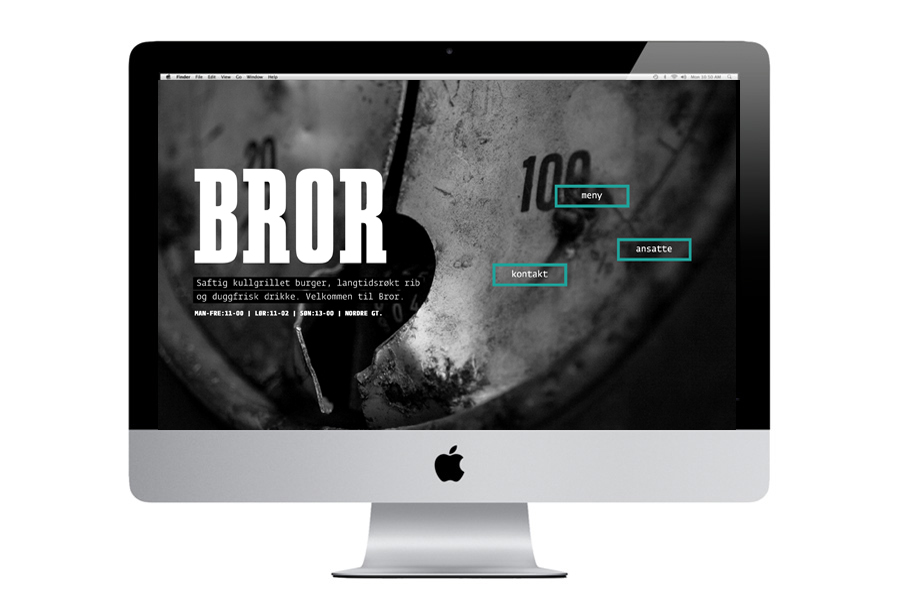 WORK | Bror (Brother) is a new restaurant i Trondheim serving juicy, grilled burger, long smoked rib and fresh drinks. The visual identity should appear masculine, so both the expression of the logo and the use of black and white images provide a powerful and rough expression. Webpage implemented by Erik Backer. www.brorbar.no. See more from the Bror identity.